At BOA, the wait for the announcement of a show is a long one, we bothered the teachers for weeks on end about what our shows were going to be, after hearing rumours about it being Urinetown, Heathers and many other musicals, Witches of Eastwick was announced as our final musical. This, I was pretty chuffed about because I was utterly convinced it was what our show was going to be, so much so I printed off the script to start looking at roles I could possibly have played and also went to see an amateur production of the show with my show week sleepover buddy Harry (it was possibly one of the worst versions of a show I’ve ever seen to date, kudos to them for trying though!)

The story is based around three female protagonists, the ‘Witches’ Alexandra Spofford, Jane Smart, and Sukie Rougemont. Frustrated and bored by their mundane lives in the town of Eastwick, a shared longing and desire for “all manner of man in one man” comes to life in the form of a charismatic stranger, a devil-like character, Darryl Van Horne. Seducing each of the women in turn Darryl teaches them how to further expand the powers locked within, though their new unorthodox lifestyle scandalizes the town. As these powers become more sinister and events spiral out of control, the women come to realise that Darryl’s influence is corrupting everyone he comes into contact with and resolve to use their new-found strength to exile him from their lives.

After a crazy audition process- lap dancing in front of my teachers (let’s not continue…) I got one of the roles I wanted, THE LITTLE GIRL, hell yeah!! After four years at BOA, I finally managed to get a part I wanted and chuffed was an absolute understatement! I got to share the role with two other girls, Megan Carter and Bethan Carter who were incredible to work with throughout the process. The reason for three little girls instead of one were because we were representing the younger version of the three witches.

Left To Right- Myself, Lucy Bate and Alicia O’Neill.

As well as working with my own cast, I got to work with the other cast because of the illness of my double, I covered for weeks and even ended up getting to do opening night which was great as I’d bonded with all the girls so much over the process! The rehearsals were amazing, but incredibly draining- honestly I’ve never been so exhausted in my life, it was emotionally and physically demanding and I always had to be ready to perform during cast run throughs with both casts! The best thing about getting to work with everyone though was seeing how much everyone had grown and developed over the process, from the first run through to the final product the show had changed dramatically and not to blow our own trumpet but when I sat down and watched it during the Saturday Matinee, despite it being my own show, I’d put it in my top three shows that I’ve seen at BOA. 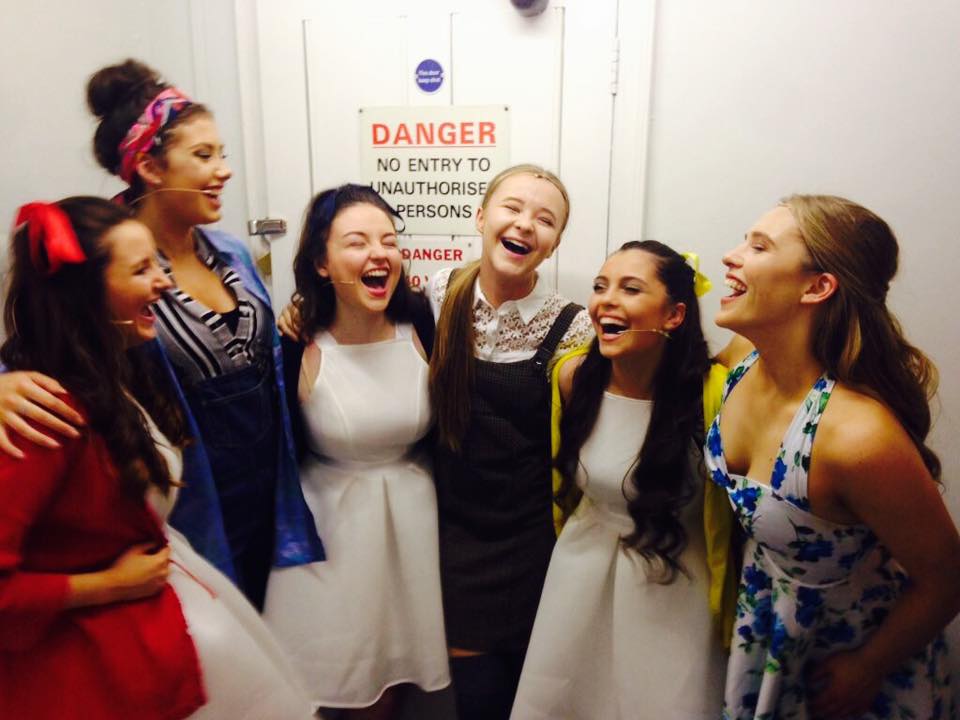 The final product was incredible and every week people would come in with the news that they’ve got into yet another drama school- the talent of my year group astounds me and I’m so proud to be part of it. Thinking about the amount of opening nights I’ll be attending in a few years time is insane! I’ll never have a free night the way it’s looking currently! I’m so proud of my year group and I can’t believe it was our final show! Look out West End, BOA’s class of 2016 is coming to get you!